A Basic Intro to Doubt as to Liability

Get a better understanding of Doubt as to Liability in case your client experiences this, and how you can help. Download the full ebook!

Doubt as to liability is a form of Offer in Compromise that comes into play when a taxpayer doesn’t actually owe the tax the IRS claims they do. This isn’t a question of amount or inability to pay the requisite tax, but rather a claim that a certain portion of the tax isn’t owed at all. Because doubt as to liability isn’t a question of finances, you won’t need to provide any of your client’s financial information to qualify for the offer.

Doubt as to liability can be applied in numerous circumstances, some of which may include:

Here’s an example to help illustrate how this concept would apply in real life:

Mrs. Haberdash did her own taxes this year. She always has—Helen Haberdash is just that kind of self-sufficient woman. Unfortunately, Mrs. Haberdash is also getting old. This year she added an erroneous zero and accidentally reported her income as $500,000 instead of $50,000. She did catch the error, but not until after she had already filed the return. Mrs. Haberdash quickly filed an amended return and assumed the matter was taken care of. You can imagine her distress when Mrs. Haberdash received a notice from the IRS saying she still owed nearly $150,000 in taxes, plus interest and penalties! After several frustrating and fruitless conversations with the IRS, Mrs. Haberdash hired a tax professional to help her resolve her crisis. With a little bit of digging, the tax professional was able to prove that Mrs. Haberdash had indeed provided an amended return and paid the correct amount of tax. The tax professional submitted form 656-L for a doubt as to liability offer in compromise with a proposed settlement amount of $1, which the IRS accepted. 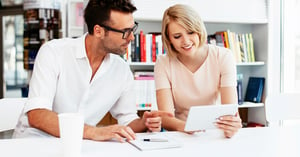 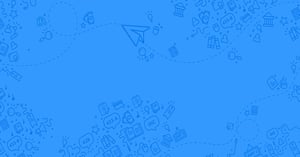