Changes to First Time Abatement You Need to Know

The IRS recently released some clarifications regarding the First Time Abatement. Read on for a quick refresher on how FTA works, and an explanation of what has changed.

First Time Abatement, or FTA, can be a great way to eliminate penalties for a client with good tax history. FTA is a pretty straightforward abatement, but there has been enough confusion over two of the requirements that the IRS felt it necessary to issues some clarifications. So here’s a quick refresher on how the First Time Abatement works as well as an overview of the recent clarifications made by the IRS.

FTA is a one-time, get-out-of-jail-free card of sorts for abating certain penalties. The abatement is intended for taxpayers who are typically on top of their taxes, but for some reason, life hit them broadside and they fell behind one year. The IRS doesn’t actually want to bury people who are typically responsible taxpayers. FTA is designed as an easy solution for those people.

The requirements for FTA are as follows:

If the taxpayer meets the specific set of qualifications, they are eligible for the abatement. However, because FTA is a one-time option, you may want to look at a few other options first if your client has penalties stretching across multiple tax years.

FTA can only be used to abate penalties for one tax year. Though it was never the intent of the abatement to allow more than one use per taxpayer, there was some ambiguous language in the IRM that left open the possibility of using the abatement once, but for multiple tax years.

In order to qualify for FTA, the IRS requires that the taxpayer have three consecutive years of clean tax history immediately prior to the year they wish to have their penalties abated. However, it wasn't entirely clear what constituted as a "clean tax history." Do even minor penalties count against the taxpayer’s clean history? Yes. According to the clarifications,  the taxpayer must have absolutely zero penalties levied during that three-year period to be eligible for FTA. 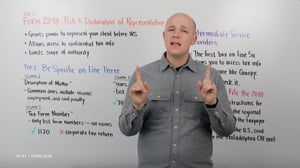 Tips for Filling Out IRS Form 2848, Power of Attorney and Declaration of Representative 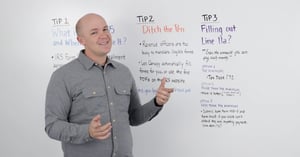