Your Home, Your Taxes: Homeownership and the Related Taxes

Here's what you need to know about the tax benefits of owning a home, as well as the taxes associated with selling a home. 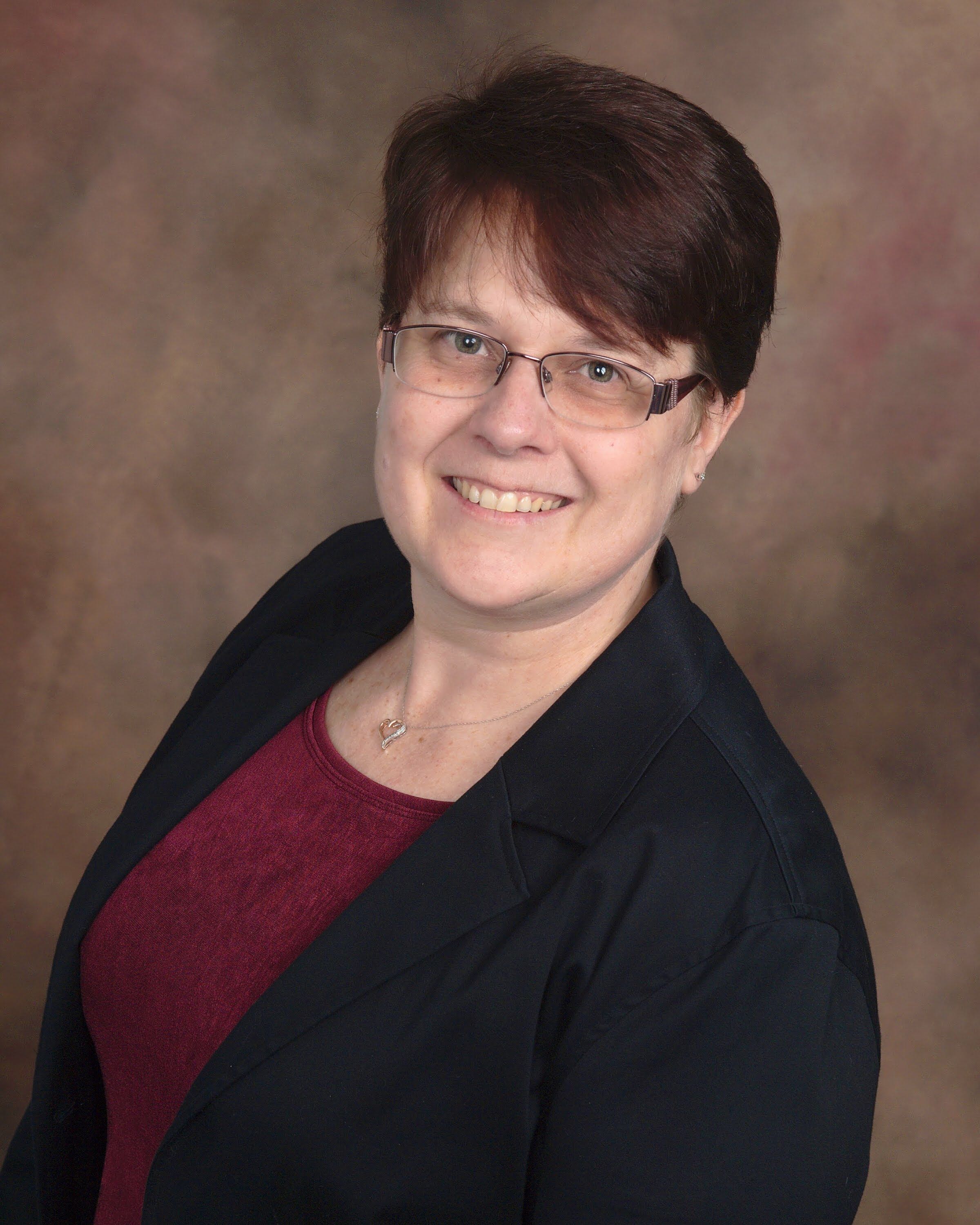 Keep in mind, for a homeowner to claim any of the mentioned deductions, their home must be a qualified residence. A qualified residence is a principal residence or a second home, such as a vacation home. If the second home is rented, the homeowner must personally use the home 14 days or 10% of days rented, whichever is greater. For example, if the home was rented for 200 days, the homeowner would have to personally use the home for 20 days. 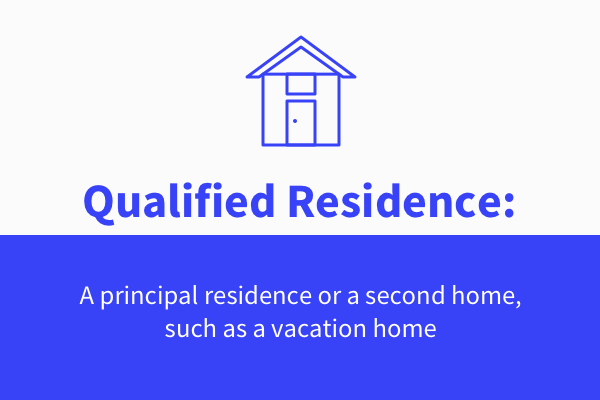 For reference, principal residence is defined as where you live. If you have more than one home, the one you physically spend more time at is usually considered the principal residence. Other factors looked at include where your car is registered, what address is on your driver’s license, and where are you registered to vote.

Living in a home

Items that are tax deductible for homeowners while they are living in their home include mortgage interest, points paid at acquisition, and property taxes. To get these deductions, they must be reported on Schedule A. Keep in mind, mortgage insurance is no longer deductible.

It used to be that a homeowner could have a first mortgage up to $1 million that they used to buy their home, and they could have an additional $100,000 of a HELOC type loan, and they could deduct the interest on all of it. Now, the total cannot be more than $750,000, and all of the loans have to be used for buying, building, or improving the home.

Points are basically prepaid interest. Prepaid interest is normally not deductible all at once but rather over the life of the loan. The exception to this is points paid on a home mortgage. In order to deduct all of the points paid in the first year, the loan must be for purchasing or improving the principal residence. It must also be common practice in that area to charge points, and they must be a customary amount.

The safe harbor automatically treats points as currently deductible if:

No part of the points may be lieu of appraisals, property taxes, or other fees normally paid at closing. Although a taxpayer meets the safe harbor rules, the points may still not be deductible in the first year. An example is if a taxpayer pays points with the refinance of their loan, they must amortize them over the life of the loan.

Property taxes are deductible in the year the homeowner paid them. If they are escrowed into their mortgage payment, they are deductible in the year the mortgage company makes the payment. Any combination of state property taxes (whether real or personal property) and state income taxes added together is limited to $10,000. This limit makes it more difficult for taxpayers in high tax districts to get all the deductions they used to get. This limitation is only for personal residences and does not apply to rental properties. Additionally, foreign real property taxes are no longer deductible.

What happens to tax deductions if a homeowner refinances their home? There are three main reasons homeowners choose to refinance:

For two out of three of those reasons, the homeowner can still deduct all of the interest. However, as mentioned previously, if they refinance to pay off other debt that has nothing to do with their home, they cannot deduct that portion of the interest. They would need to go through and allocate their interest as deductible and non-deductible.

Those who are self-employed and work from home may qualify for the home office deduction. The deduction is no longer available for those who aren’t self-employed. To qualify, taxpayers must meet the following conditions:

For example, a dining room typically wouldn’t meet the qualifications for a home office, even if it’s where a homeowner does their work. Used “regularly” means it’s a location where the homeowner runs their business from whether that means meeting with clients, take phone calls, etc. Not conducting substantial administrative or management activities at another location means that you don’t do your billing, paperwork, etc. from somewhere else.

Activities that will not exclude a taxpayer from qualifying for the home office deduction include:

What you can deduct with the home office deduction

100% of direct business expenses, such as office supplies, are deductible.

Mortgage interest and property taxes will be allocated, as will other expenses that are not typically deductible unless the homeowner has a home office for business use. The allocation is based on square footage. You take the square footage of the office space and divide it by the total square footage of the house. You would then take that percentage of mortgage interest, property taxes, and other expenses (such as homeowner’s insurance, utilities, HOA dues, repairs to the home, cleaning services, and any other expenses that can partly be attributable to the business) and deduct those as part of your home office deductions.

Even though interest and property taxes are deductible on Schedule A, if the homeowner runs a Schedule C business, these items reduce the income for paying self-employment taxes. If the total of these expenses amount to more than what their net income is, they can only reduce it down to $0. The mortgage interest and property taxes will carry over to Schedule A and the rest will carry over to the following year.

To claim the home office deduction, the taxpayer has to be able to substantiate their claims with receipts and/ or copies of checks. They have to provide documentation for their expenses, and they technically need to be able to pass an on-site exam if someone were to show up to their house and say, “Show me your office.” 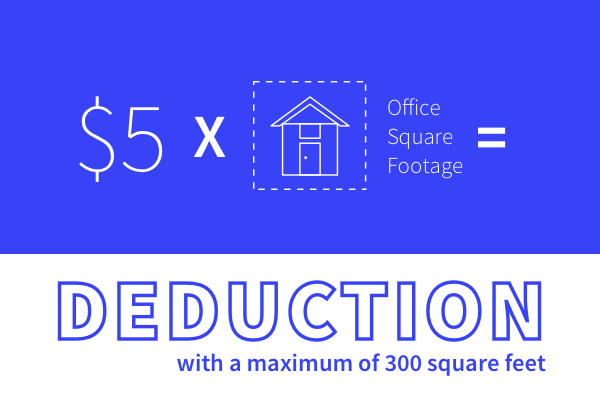 The caveat to using the safe harbor is that the taxpayer cannot carry over any excess if it is more than the net income.

It used to be simple to not pay taxes on selling a principal residence. If the homeowner took the money from the sale and bought a new home that cost as much or more, they had no taxes to pay. However, that rule changed in May 1997. Now there are ownership, usage, and timing tests one has to meet, even if they buy a new house.

A surviving spouse can use the $500,000 exclusion if the sale of their house occurs within two years of the death of their spouse and both spouses satisfied all of the above requirements.

Gain has nothing to do with how much equity an owner has in their house, how much they owe on the house, or how much cash they get when they sell the house. To determine gain, start with how much the taxpayer bought the house for. For example, maybe a taxpayer bought their house for $200,000. If they remodeled or landscaped while they lived there, those costs would be added to the $200,000. If those costs were $30,000, the starting point for calculating gain would be $230,000. If the taxpayer sold the house for $400,000 five years later, the equation for calculating gain would be: 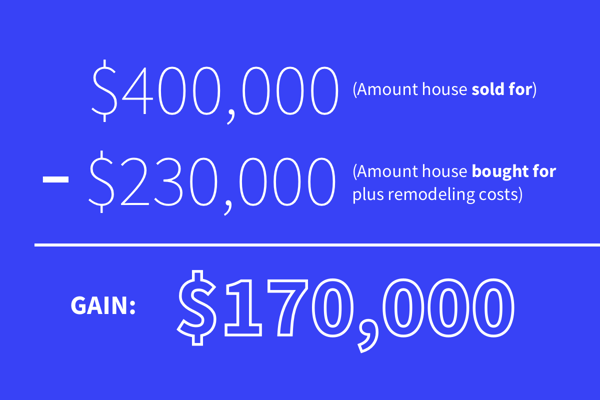 Keep in mind, in this blog post we covered some of the most basic rules around homeownership and taxes. As with most rules, there are exceptions. The most common exceptions are related to being a member of the military or other reasons that a taxpayer may have in moving and selling a primary residence less that two years after the prior exclusion. There are also other requirements that apply if the taxpayer rents part of their home, acquired it in a like-kind exchange, or it was a rental property in the past. If a homeowner has more complicated situations such as these, they should be sure to research the rules.

Interested in reading more tax preparation articles? Check out this section of our blog.

This post was originally published on the Latino Tax Pro blog. 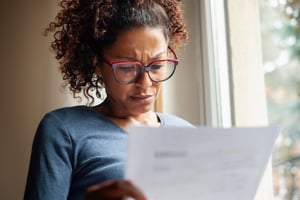 How Taxes Are Expected to Change in 2019

How to Prepare Taxes for an Expatriate Client