It's a good idea for tax accountants to prepare themselves for the five most common questions about tax refunds they are likely to encounter from their clients this tax season.

Benjamin Franklin said that “nothing is certain but death and taxes,” but this year, more taxpayers will be uncertain about their taxes than ever before. With this tax season, the full impact of the Tax Cuts and Jobs Act of 2017 will significantly affect millions of tax returns for Americans of all ages. Coupled with the recent government shutdown that included IRS workers, many taxpayers are not sure what to expect.

1. Will my tax refund be delayed?

With the recent partial government shutdown, thousands of IRS workers were affected. While the agency says that there should be no significant delays in how quickly taxpayers will get their refund, there’s no real way to know for sure. Shutdown-related fears may threaten the efficiency and timeliness for the IRS the entire 2019 tax season, causing worry among taxpayers eager for their refunds.

2. Why is my tax refund so small this year?

Because of the many changes brought on by the Tax Cuts and Jobs Act of 2017, many taxpayers were advised to adjust their withholdings to better match their new tax rates. However, studies show that the majority of Americans left their withholding allowances the same. That could have resulted in less income taxes withheld and larger paychecks during the year, leading to a smaller refund than they are used to.

In addition, taxpayers who were used to certain deductions making a big difference in their tax burden may have switched to the new higher standardized deduction vs. itemized, resulting in a smaller refund. Caps on some deductions and others being eliminated entirely may also affect a person’s refund amount in ways they were not counting on.

On the other hand, the changes to the new tax laws may work in some taxpayers’ favor as they benefit from some of the resulting adjustments. Many Americans took a closer look at their tax situation last year and planned with their tax accountant, from adjusting their withholdings to making savvy financial decisions in advance. The result is a bigger tax refund than they’ve had in years past.

4. Why do I owe taxes this year when I never have before?

Unfortunately, the sweeping tax reform has the possibility to upend a lot of people’s tax burdens and for many, this means owing money to the IRS. It is most likely to happen to taxpayers who didn’t make adjustments to their withholdings and who heavily relied on certain deductions that were severely affected.

Examples of popular deductions that were affected include, caps on state and local taxes, changes to home equity loan interest deductions, miscellaneous itemized deductions (2%), and more. The result is that many Americans will owe taxes this year, much to their surprise.

5. Can’t you do anything about my taxes?

Tax accountants are likely to feel the heat from clients who are not happy with the results of their tax returns. They might insist that the tax accountant made mistakes because they are comparing their tax situation currently to how things have been for many years. Of course, tax accountants can do everything possible to create a favorable tax situation for their clients based on their current status. However, it’s impossible to go backward in time and make those all-important adjustments that created the current results that the taxpayers are unhappy about. There are a few choices that may reduce the tax liability for last year like reviewing depreciation expense elections, change in accounting methods, or retirement plan contributions.

Tax accountants need to assure their clients that there are many things they can do for the next year that will put them in a better situation with regards to the new tax laws. With careful planning, a proactive approach to financial health, and sticking to good advice from tax accountants, taxpayers who are unhappy about their tax returns this year can be better prepared, and therefore more pleased, about their future tax situation.

Interested in learning about other ways you can bring value to your clients this tax season? Check out this blog post. 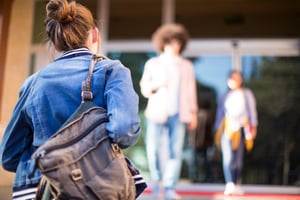 A Guide to the Student Loan Interest Tax Deduction