How the GOP'S Obamacare Replacement Will Affect Taxes

The American Health Care Act takes an axe to the tax-laden portions of the ACA, including the notorious individual mandate.

Republicans have now unveiled their long-promised Obamacare replacement: the American Health Care Act. The primary goal of the bill? Roll back the taxes put into place by the Affordable Care Act, and replace subsidies with tax credits. If the bill passes, it will have a huge impact on the tax landscape, so we’ve put together a quick overview of how tax pros and their clients will be affected by the proposed law.

Taxes That Will Change

The American Health Care Act (AHCA) takes an axe to the tax-laden portions of Obamacare, pruning away the well-known individual and employer mandate taxes. The bill would also dismantle other lesser-known taxes, such as the Medicaid tax on Americans who earn more than $250,000 per year, taxes on insurance and medical equipment companies, as well as “a flurry of tax increases on health savings accounts (HSAs) and flexible spending accounts (FSAs),” (Forbes).

Taxes That Will Stay the Same (sort of)

One tax not repealed by the AHCA is the so-called Cadillac Tax. The plan does, however, delay the tax further. The Cadillac Tax is currently scheduled to go live in 2020, and the AHCA pushes that date further, to 2025. Ultimately, this tax on high-end, employer-provided health care plans doesn’t live on, so much as it limps toward its inevitable doom.

In an effort to replace the Obamacare federal insurance subsidies that aim to make health insurance more affordable for lower-income Americans, the Republican health care replacement introduces tax credits. The amount of the credit are dependent on both age and income and will be available to people who purchase insurance through a public marketplace starting in 2020. Households will only be able to claim the credit for the five oldest family members, and the credit maxes out at $14k per year.

Want more information about new tax changes on the horizon? Check out our post about the big changes President Trump’s administration has in mind for corporate tax rates. 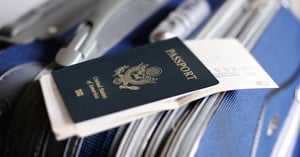 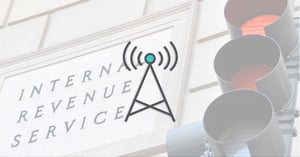