Tax Reform 2.0 to Be Voted on Soon

It’s been nine months since the new tax law was passed, and this month Tax Reform 2.0, a series of three bills, was released.

It’s been nine months since the new tax law was passed, and this month Tax Reform 2.0, a series of three bills, was released. The House Ways and Means Committee passed Tax Reform 2.0 mid-September and the House of Representatives is set to vote on it this week. According to the Ways and Means Committee, “Tax Reform 2.0 is about locking in tax cuts for middle-class families and small businesses, and changing the culture in Washington so that America never again falls behind it’s global competitors.” Let’s take a look at what the three new bills entail.

The first bill in the series, the Protecting Family and Small Business Tax Cuts Act of 2018, makes the tax rate changes outlined in the new tax law permanent. It would also make several recently changed deductions permanent including:

Additionally, the expanded child tax credit would also become permanent, as would the $10,000 cap to the state and local taxes paid deduction, and the personal exemption would be permanently eliminated. Plus, the medical expense deduction eligibility limit of 7.5% of adjusted gross income would be extended to 2020.

The Tax Foundation estimates that these changes would create 1.5 million new full-time equivalent jobs and cost $113-$166 billion per year.

The second bill of Tax Reform 2.0, the Family Savings Act of 2018, calls for the creation of small tax-deferred, universal savings accounts (USAs) where individuals could contribute up to $2,500. The bill would also make some changes to retirement accounts including:

“Tax Reform 2.0 is a new commitment to improve the tax code each and every year for American families and local businesses…,” stated the Ways and Means Committee. They also said that each year Congress will examine the tax code to ensure it remains “competitive and innovative.”

Need a refresh on what was originally included in the Tax Cuts and Jobs Act? Check out this blog post. 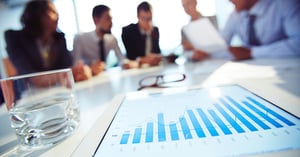 The Secret to Doubling Your Tax Resolution Business This Tax Season 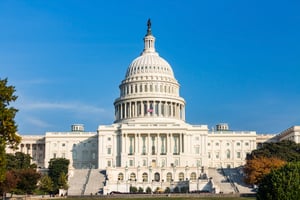 The Tax Cuts and Jobs Act Year in Review