The IRS announced increases to contribution limits for 401(k)s, IRAs, & other retirement accounts due to cost of living adjustments. Learn more here!

On November 1, the IRS announced increases to contribution limits for 401(k)s, IRAs, and other retirement accounts due to cost of living adjustments. Here’s an overview of what changed.

If a taxpayer has more than one 401(k) account, their total contribution cannot exceed $19,000. The limit is not per account.

The catch-up contribution limit for taxpayers 50 years old and over remains unchanged at $6,000.

The contribution limit for an Individual Retirement Account (IRA) increased for the first time since 2013. The limit is now $6,000, up from $5,500.

The catch-up contribution limit for taxpayers 50 years old and over remains at $1,000 since it is not subject to cost-of-living adjustments.

Phase-out ranges for the deduction do not apply to individuals or couples who are not covered by workplace retirement plans.

Another significant change outlined in the recent IRS announcement was the increased income limit for the Saver’s Credit (aka the Retirement Savings Contributions Credit). The new limits are as follows:

Want to read up on other IRS updates? Check out our Industry News blog posts. 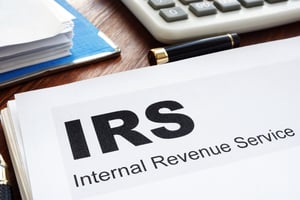