Video: Tips for Filling Out IRS Form 2553, Election by a Small Business Corporation

Need some pointers to help you fill out IRS form 2553? We've got the info you need to get your forms filled out right the first time.

C-corporations, on the other hand, run the risk of being taxed twice: both at the corporate and shareholder level when dividends are paid out.

With all the clear benefits, why doesn't everyone elect to become an S-corporation with Form 2553? Unfortunately, not all small business can qualify for an S-corp election.

In order to be eligible to be considered as an S-corp, a business must meet the following requirements:

To see a complete list of these qualifications, check out the IRS Form 2553 instructions.

This is one of the most important details and often an unnecessary cause of frustration.

There are separate deadlines for Form 2553 depending on if a corporation is new or existed previously.

Of course, there are some cases in which the IRS is willing to offer relief for companies that missed the deadline. Companies may still be eligible to become an S-corp if they meet a series of conditions.

For more information on exceptions to the deadline, check out IRS Form 2553 instructions.

Form 2553 generally takes 60 days from the submission date to hear if an election was accepted or not. If it is accepted, you will receive a notification stating that the tax status has been changed and is now an S-corporation. 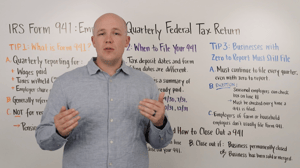 Video: Tips and Tricks for Filling Out IRS Form 12277, Application for Withdrawal of Federal Tax Lien