A Tale of Two Tax Pros: How Much Money is Tax Resolution Worth?

The real question is this: How much money is Owen really missing out on by giving up on tax resolution?

This is another tale of our two favorite tax professionals: Canopy Ken and Owen Oldschool. As we've chronicled before, Ken and Owen are remarkably similar guys who live astonishingly similar lives. And, most importantly for our purposes, they are both tax professionals in similarly sized cities. Both of them recently decided to dip their toes into the tax resolution world, but to very different outcomes—Ken is doubling down, and Owen is getting out. The real question now is this: How much money is Owen really missing out on by giving up on tax resolution?

CH 2—The Worth of Tax Resolution

Owen adopted tax resolution into his practice half-heartedly, and as a result, decided not to invest in software. Unfortunately, he also came out of his first few tax resolution cases mostly frustrated. Even though he charges quite a bit for these cases—an average of $3,000 per case—he’s still new to the work, and it takes him a long time. These cases sometimes require more than 40 frustrating hours to complete.

Even though the extra money was nice, Owen ultimately decided to stick to what he already knows—tax prep. He’s mostly happy with his choice. As a sole practitioner, he makes a good living just above industry standard—about $5,000 per month—and that’s enough for Owen.

Ken's experience with adding tax resolution to his practice couldn't have been more different than Owen's—thanks at least in part to Canopy’s easy-to-use, time-saving software. For almost a year, Ken only took one or two tax resolution cases in a month. He wasn’t particularly fast at first, but Canopy’s software helped by saving him time and double checking all of his work for him.

After nearly a year of gaining experience with tax resolution cases (by this point, the average case took him less than 20 hours), Ken started taking on two to three tax resolution cases every month and more than doubled his monthly income, from $5,000 to $11,000.** As a result, no one was surprised when Ken decided that he wanted to transition his tax practice to focus primarily on tax resolution.

Are You Ready to Take the Leap?

The differences between Canopy Ken and Owen Oldschool are obviously far broader than choosing (or not choosing) to partner with Canopy on their journey into tax resolution. There are clear personality differences that make a big difference as well. Some tax pros are perfectly content with their tax prep based business model for any number of reasons, and that's just fine.

But there are many tax pros who aren’t satisfied and recognize that adding tax resolution to their practice can help them achieve the lifestyle they really want. For those tax pros—the ones who are motivated to master tax resolution and grow their practice—Canopy is an invaluable tool designed to make the transition as simple and painless as it can possibly be.

So what kind of tax pro are you? Are you content where you are, or are you ready to start making more money, grow your practice, maybe even take that European vacation you’ve been promising your spouse for years? If you’re ready, we’re ready to help make your journey a little easier. Take the first step and sign up for a free trial today.

This note is for those of you who want to see how we got to these numbers. Even though Ken and Owen’s story is fictional, the numbers aren’t arbitrary. In order to make the numbers realistic, we’re using averages over the course of an entire year.

In 2016 there were, on average, 21 work days per month, or 167 work hours. Ken, as the smart accountant he is, pays himself a monthly salary from his practice’s net earnings—about $5k each month when our story begins. If we break it down hourly, $5k per month is $29.94 per hour. 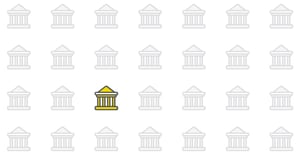 8 Steps To Add Tax Resolution To Your Practice | Canopy 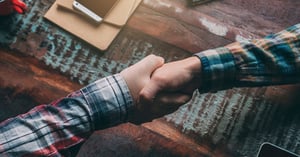 How to Build Trust with Your Tax Resolution Clients