A Tale of Two Tax Pros: The Trial of IRS Transcripts

This is a tale of two tax professionals: Canopy Ken, and Owen Oldschool. Ken and Owen are remarkably similar guys who live astonishingly similar lives—both born in 1975, both happily married with a couple of kids, and both live in similar neighborhoods in similarly sized cities.

More importantly, both Canopy Ken and Owen Oldschool have each recently decided to start offering tax resolution at their respective practices. They both see tax resolution as a way to augment their income from the spring tax prep sprint.

Ken and Owen have both done their research, and have both spent time perusing Canopy’s website. Owen decided that time-saving features like instant IRS transcript delivery, collections workflow, and custom analytics sounded too good to be true, but Ken thought it was at least worth giving the free trial a chance. And that’s where their similar paths began to diverge…

Ch 1—The Trial of Transcripts

Ken looked at the clock. It was 3:15, and he was just beginning to wonder how to spend the rest of his afternoon when the phone rang. An old friend had a long layover and hoped Ken might have time to hit the back nine and grab a quick bite before his 7:00 pm flight. “Yes, actually,” Ken said. “I do have some extra time today.”

Owen had a remarkably similar new client and transcripts to pull as well. He logged on to e-verify at 3:00 and began downloading all eight years' transcripts one by one. By 3:15 he had everything downloaded and was ready to start decoding the documents. Owen only had a few tax resolution cases under his belt so far, so each year of transcripts took him about 20 minutes to translate into usable numbers.

No one has ever accused Owen of not being a hard worker, so it’s no surprise that he powered through all eight years worth of transcripts in a single sitting, pausing only briefly to answer a phone call and decline an invitation to join a group of business friends for nine holes of  golf. “I wish I could,” Owen said. “But it looks like I’ll be stuck at the office until at least 7:00 tonight.” How do we manage that? We start by letting you simultaneously download as many transcripts as your heart desires (with no worry of e-Services timing out on you). But the real magic comes after the download. Our software uses the raw transcripts to generate a set of reports with the nonsensical IRS coding stripped away, leaving you with nothing but actionable data—penalties, interest, liens, and everything else you might need to know to get started on the case. Even experienced tax pros can save 10-15 minutes for every tax year they pull with Canopy's Transcript feature. 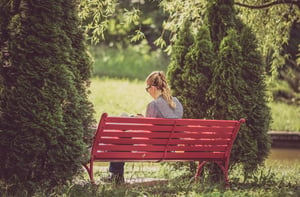 How to Become Authorized to Access IRS Transcripts (free ebook) 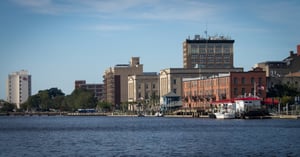