How Bitcoin Solves The Problem Of Digital Money | Canopy

You’ve heard of Bitcoin. It’s been featured endlessly by every news outlet and online publication. But what is it really? It’s more than just digital money (we already have a lot of that). So what’s everyone so worked up about?

The answer is actually pretty simple: Bitcoin is an elegant solution to a complicated (and expensive) problem. Let’s take a look at the traditional problem of digital currency and how bitcoin solves it.

How Bitcoin Solves The Problem Of Digital Money

One of the most important properties of money (that we don’t often consider) is singular-ownership. In order for money to work as a system of exchange, only one person can own—and therefore use–a piece of money at any given time. In other words, you can’t spend a dollar and keep that same dollar. It may seem like an obvious observation, but it’s actually a fairly complicated problem–one that cryptocurrencies are designed to solve.

The singular ownership requirement of money isn’t a problem with physical money. Physical money simply can’t be in more than one place at a time. You can keep that dollar in your pocket or you can spend it on a bag of gummy bears. But you can’t do both.

The Biggest Problem with Digital Money

Digital money is a whole different story. There’s nothing that makes digital money intrinsically unique. Since digital money is, at its most basic level, represented by a string of numbers, it’s very easy to create an exact copy. That’s a problem. For comparison, imagine that anyone could feed a $100 bill into a scanner and print out an unlimited number of perfect replicas. If that kind of copying is allowed at any kind of scale, the money quickly becomes useless.

When you spend digital money, you can’t simply transfer your money to the vendor or retailer. The seller doesn’t know you and has no reason to trust you. So you have to get intermediaries involved to make the transaction happen. One or more financial institutions (usually a bank and a credit company like Visa) act as intermediaries to guarantee your transaction and another intermediary does the payment processing. At best, the process takes a few days and most of the money eventually makes it to the seller (never all the money since all the intermediaries take little cuts along the way). At worst, the money takes weeks to transfer (if it gets there at all) and intermediaries charge hefty fees. It works, but it’s very inefficient.

The other solution is cryptocurrency. With Bitcoin and other blockchain-based cryptocurrencies the process is much simpler—and nearly instantaneous. When you complete a transaction with Bitcoin, the payment simply transfers from you to the seller, no intermediaries required.

As revolutionary as Bitcoin is, it’s only one of many applications of blockchain technology. Blockchain has the potential to revolutionize nearly every industry, from retail to accounting and tax. Download our free blockchain ebook to learn exactly what blockchain is and why you can’t afford to ignore it. 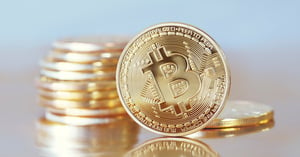 What You Need to Know to Help Clients Who Use Bitcoin 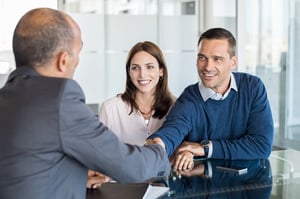