Wise Words About Money From Past U.S. Presidents

In honor of President’s Day coming up on Monday, we decided to delve into the financial advice offered by former presidents.

In honor of President’s Day coming up on Monday, we decided to delve into the financial advice offered by former leaders of the free world. Even though some of these men lived more than 100 years ago, their money tips can still be relevant today. Most accountants don’t need more money advice (you are the experts after all) so we gathered up some quotes about money you can pass along to your clients. Here are 4 financial tips from past U.S. presidents.

“To contract new debts is not the way to pay old ones.”

Like Jefferson, (and many other leaders from this time) Washington owned a large plantation in Virginia named “Mount Vernon.”

Washington’s advice is still relevant more than 200 years later—those in debt should not take on new debt in an effort to pay off their initial debt. Instead, it’s best to set up a payment plan and stick to it.

“Never spend your money before you have earned it.”

Jefferson served as president from 1801-1809 and had a peak net worth of $236.8 million in today’s dollars, as reported by USA Today. Jefferson inherited a lot of land from his father and owned a large plantation named “Monticello” in Virginia, which contributed to his wealth. However, he acquired a lot of debt later in his life.Jefferson’s financial advice holds true today and emphasizes the importance of budgeting and living within your means.

"If a free society cannot help the many who are poor, it cannot save the few who are rich.”

Kennedy served as president from 1961-1963 and had a peak net worth of $1.1 billion, in today’s dollars. Kennedy came from a rich and prominent family and his father was one of the richest men in the country at the time.

Wealth gaps and disparity are still a problem in many nations today, just as they were when Kennedy said this famous quote. But, inequity hurts those in poverty and eventually hurts the wealthy as well. Countries should strive to help those in poverty, both because it’s the morally right thing to do and because it’s the smart thing to do. Not spreading the wealth could lead to dire consequences and the collapse of the societal structure that allowed the ultra-wealthy to earn their riches in the first place.

America's former leaders gave great financial advice that can still be applied today. Also…Does anyone else find it crazy there’s never been a CPA president? Maybe it’s time for one! Check out this 2010 article from AccountingWeb that goes into the subject. Let us know if you’d ever run for office, or vote an accountant into office in the comments below. 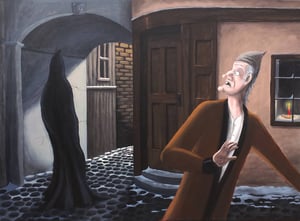 Are You A Scrooge? 4 Tips To Avoid a Bah-Humbug Attitude at Work 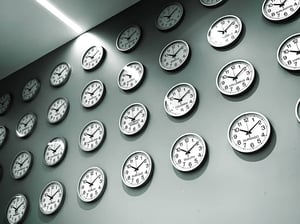 3 Tips To Better Work with Clients in Other Time Zones