Doubt as to Collectibility: How to Keep Your Offer from Getting Flagged by the IRS

Check out these insider tips from an ex-IRS agent on how to keep your doubt as to collectibility offer in compromise from getting flagged by the IRS.

On the surface, a doubt as to collectibility offer in compromise looks fairly straightforward. The amount you offer is the product of a simple equation:

But the technical numbers that go into an OIC offer calculation are only half of the story (if you’re interested in a more technical treatment of OICs, you should check out our OIC ebook here). When the IRS considers an OIC, they don’t stop at the surface-level information you put on Form 433. They also scrutinize every piece of supporting documentation they can get their hands on—bank records, credit card statements, property valuations, medical records, and anything else that is relevant.

The IRS goes through all of this documentation line by line looking for anything that contradicts the story your offer tells. When they do find a discrepancy, it throws up a red flag. A single discrepancy won’t necessarily sink your offer, but it does put the IRS on alert. Once a red flag pops up, they’re going to scrutinize your offer and documentation that much more, which only makes your job more difficult.

So let’s look at two examples of real cases that got flagged, and how you can help your OIC clients avoid the same mistakes.

1. The Case of the Mysteriously Undervalued House

I remember working one case in conjunction with the Department of Justice where the individual owed about $150,000. One of the assets they reported was a home worth $1.6 million, verified by a realtor’s valuation. However, after a little digging on our part, it became apparent that the valuation report from the realtor was incomplete. The report didn’t even list basic things like the number of bedrooms and bathroom in the home. With a little more digging, we were able to more accurately value the house at $2 million, changing the individual’s net realizable equity (NRE)—and therefore his ability to pay his taxes—substantially.

I assume that no one reading this would intentionally misreport the value of their client’s property. However, that’s not the only way a mistake like this happens. A home’s value could easily be under-reported (or even over-reported) because of a lazy or uninformed valuation by a realtor. Similarly, an online tool such as a Zillow “Zestimate” may provide inaccurate assessments in rural areas with limited market information or in markets that are fluctuating significantly.

If it is reasonable under the circumstances, your very best option is to obtain a home valuation from a trusted realtor, verify that valuation with an online tool, and submit both documents to support the numbers you put on the 433. Of course, this sort of double-documentation may not always be reasonable—or even possible. Even just a “Zestimate” can work as acceptable documentation for the value of your client’s house if the value doesn’t vary unreasonably from comparable homes in the area. Remember, your job is to convince the IRS that the numbers you put on the 433—your client’s NRE in this case—are as accurate as possible.

2. The Case of the Very Expensive Steaks

I worked another case as a Revenue Officer where the taxpayer claimed that they couldn’t pay their tax debt, in part, for medical reasons. The taxpayer had a cardiac condition that had led to a heart attack, and treating that condition was expensive.

One of the mantras that was repeated often during my time at the IRS seems relevant here: the IRS isn’t a bank. They don’t fund lifestyles, they collect taxes.

Of course, there was more to the story. After going through several months’ worth of this taxpayer’s bank and credit card statements, it became clear that they had more disposable monthly income than they claimed. In fact, the statements revealed that the individual was spending about $300 a week at a high-end steakhouse.

One of the mantras that was repeated often during my time at the IRS seems relevant here: the IRS isn’t a bank. They don’t fund lifestyles, they collect taxes. In this case, the individual’s medical condition was indeed legitimate and his additional medical expenses were taken into consideration. His extravagant dining habits were not, and the offer had to be amended to a higher amount as a result.

This case is a clear illustration of how important it is to know how the IRS evaluates OIC cases. For obvious reasons, it’s hard to know exactly why a tax pro makes the decisions they do when preparing an OIC. However, if I had to guess, I would say that half of all offers I recommended for rejection failed because the tax pro who prepared the offer didn’t have a clear understanding of how the IRS evaluates offers. When you know what kind of information the IRS is looking for and where they look for it, you can arm yourself with the same information first and prepare for success.

Check out Part 3 where I discuss doubt as to liability and effective tax administration—how they work, and an example for each.

Disclaimer: Tax law is complicated. Nothing I’ve said here should be mistaken for authoritative legal advice. Similarly, my commentary on my time at the IRS is reflective of my personal experience, and not any official stance or policy of the IRS. 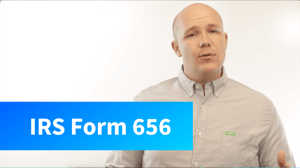 Video: Tips for Filling Out IRS Form 656, Offer in Compromise